The Pine Ridge Indian Reservation takes up a huge chunk of South Dakota, and I wanted to see some of it.  Before we started our trip, I had contacted the Odd Duck Inn on the reservation near the tiny town of Kyle, and booked a night for myself and my son Max.  Now, after a couple of nights of camping, we were looking forward to sleeping indoors.  We packed up our gear and drove south through Badlands National Park one last time.  After we got onto the reservation and went through Kyle, the road became gravel.  At the end of a washboard road we found a couple of trailers: plain, a little weather-beaten, but clean and comfortable on the inside: 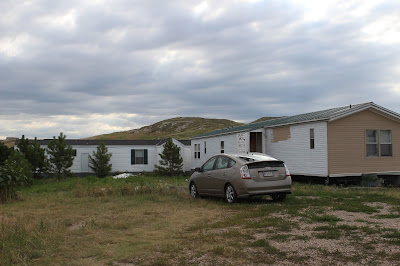 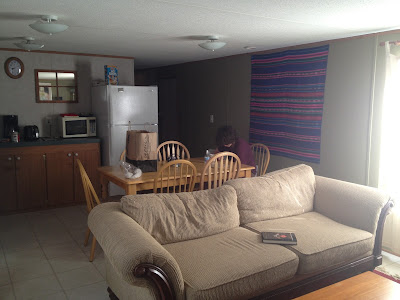 The owners of Odd Duck are Mark St. Pierre, a writer, filmmaker, and passionate advocate for the Lakota people who live at Pine Ridge; and his wife Tilda Long Soldier St. Pierre, an artist and a full-blood Lakota.  We had hoped to arrange a few hours of horseback riding, but when that fell through, Mark took us on a tour of the reservation.  He proudly showed us the college, a small tourism center, and a movie theater that was started by a member of the reservation.  He talked about how important local businesses are to keeping some of the money on the reservation.  He pointed out a credit union that's about to open–the first banking services ever available without a long drive.

On several occasions he emphasized how well cared-for the facilities were.  He was clearly irritated by talk that it's futile to provide the reservation with any help. 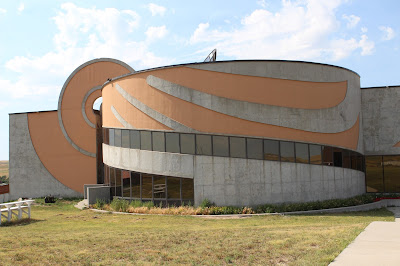 In another part of Pine Ridge he showed us some of the Oligocene fossils that weather out of the buttes. 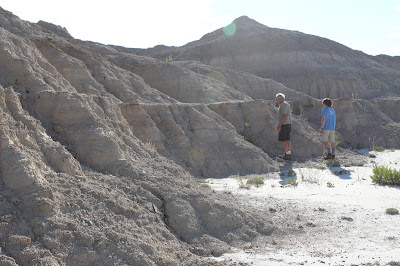 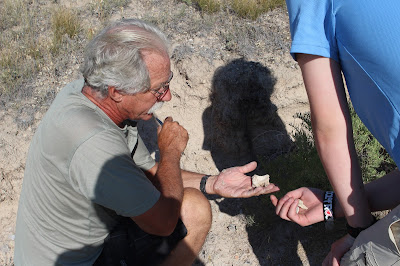 He took us to the little town of Wounded Knee, known for a 19th century massacre and for a standoff between Native people and the federal government in the 1970's.  The Lakota killed in the 1890 massacre were thrown into a long trench.  About 20 years later their families marked the mass grave and erected a memorial. 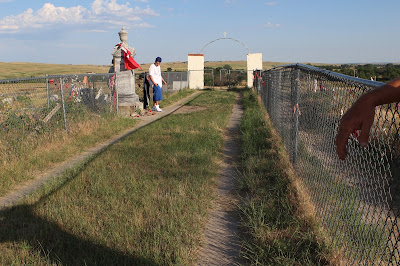 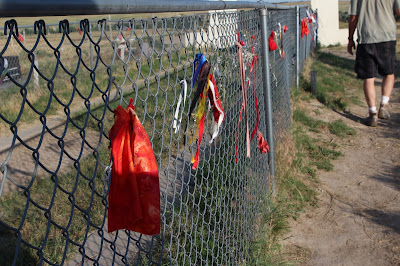 The site is still used as a cemetery.  Mark pointed out that, tragic as the deaths 120 and 40 years ago were, there is other tragedy represented in the graveyard.  Many of the graves contain people who died young and poor. 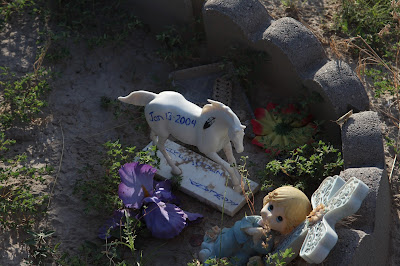 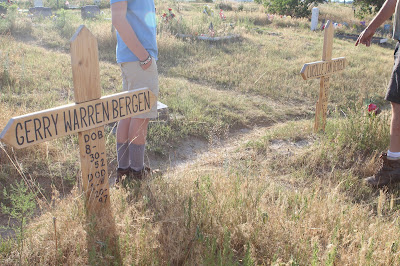 Mark works at a nonprofit development organization, although lately they haven't been able to pay him, so he's more of a volunteer.  Whenever somebody tries to make things better on the reservation, he's there to help however he can.

Back at Odd Duck, I paid Mark for the stay and the tour, and I bought one of his books as well as a DVD of one of his documentaries.  I went to bed and listened to the rain on the roof, and was pretty sure I heard coyotes.