In July of this year my son and I took a classic American car trip to the west, specifically to South Dakota and Wyoming to see sights such as the Badlands and the Black Hills.  Most of the well-known attractions in South Dakota are in the western half of the state, so the first thing I wanted to do was find a stopping point that we could reach with one day of driving. 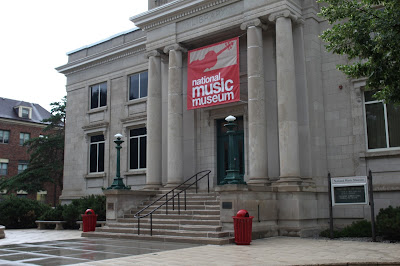 They have a huge collection of instruments but as rock fans we were most attracted to the guitars.  Here's a Martin that belonged to Elvis.  According to the card in the display, he broke the connection point for the strap, and also a string, and tossed it to somebody in the audience. 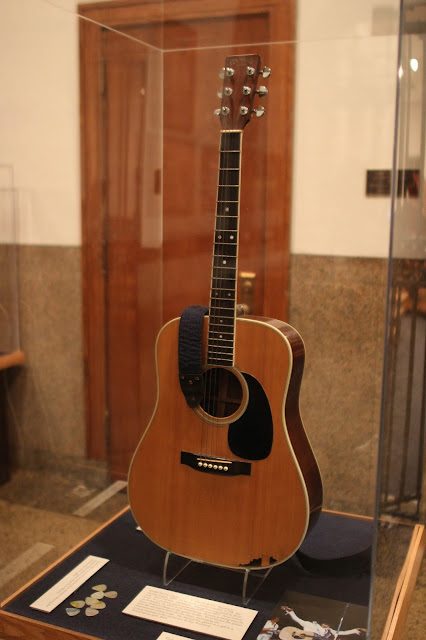 Here's a Gibson Explorer owned by John Entwistle of The Who: 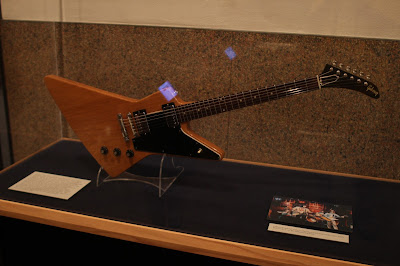 The collection goes on and on, with instruments made by Martin and Gibson (the actual guys, not just the companies!) 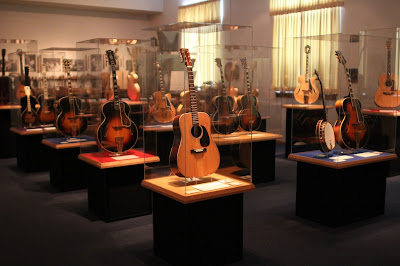 In the lobby is a gigantic Asian drum used for signaling, similar to firing a cannon: 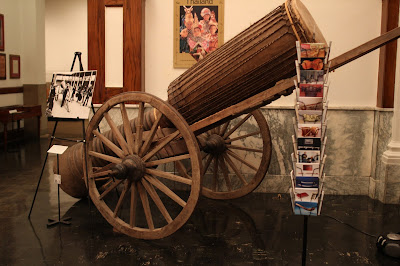 This stop was different from everything else we saw in South Dakota–way more indoorsy!