Your Brain on Magic

Here's a link to an article that pushes my scientific and my entertainment buttons:

The authors, who include the magicians Teller and James Randi, argue that neuroscientists can learn a lot by studying what happens in our brains when we're fooled by magic tricks.

It has nothing to do with this article, but both of those fellows were kind enough to let me be photographed with them last year at The Amazing Meeting. 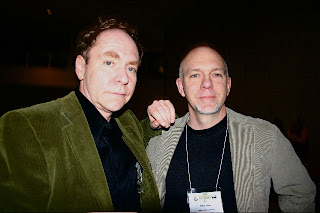 In addition to being a brilliant entertainer, Teller is somewhat taller than me. He only looks small when he's standing next to Penn! 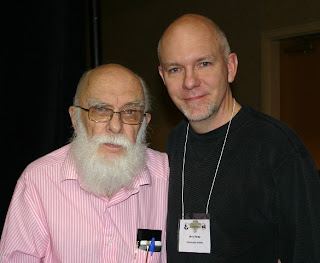 On the other hand, it's easy to tell Randi from me because he's the one with the magnificent beard. Of course he's also a guy who has done more than anybody I can think of to promote science and reason. If you're not familiar with James Randi, you can see what he does at